Today let’s wander farther afield than the ambit of the Midwest.

They may only seem odd compared to what passes for normal in most of the US: erecting and decorating a tree, giving and receiving gifts, eating and drinking, and watching a large illuminated ball descend long after one’s normal bedtime.

None of the odd celebrations is all that common in the Twin Cities, as far as I know. 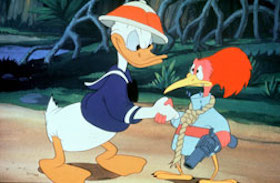 Sweden: Watch Donald. At 3:30 pm on Christmas Eve, more than one-third of the country gathers, family by family, around the TV to watch: Donald Duck. In earlier decades the figure was half the country. The 1.5-hour-long special program (called “Kalle Anka”) is almost unchanged from 1959 except that, contractually, each year the TV station must air a snippet from whatever the current Disney-produced movie is. You can’t talk while watching Kalle Anka. You can’t cook or do any other chores. You can’t go visiting friends, because they are all rapt in front of their TV sets. So are the bus drivers and mail deliverers and police. Probably the criminals too.

Japan: Eat KFC. On Christmas Day in Japan, a country in which 1% of the population is Christian, more than 3% (3.6 million) dine on Kentucky Fried Chicken. Many of them had made reservations at their local KFC outlet months in advance. The Christmas meal, which now costs about $40 per person, includes cake and champagne. The custom began after a wildly successful advertising campaign in 1974, “Kurisumasu ni wa kentakkii!” (Kentucky for Christmas!).

Mexico: Carve radishes. In Oaxaca, The Night of the Radishes has been an official event since 1897, but the tradition was started by a Spanish monk more than 500 years ago. Nowadays thousands upon thousands of revelers turn out on the city square on the night of December 23 to admire the radish art. Some wait in line for hours. The radishes, weighing up to 7 pounds, are grown on public land and are fertilized and chemically treated to within an inch of their lives and left in the ground long past their normal harvest time. They aren’t suitable for human consumption. The radishes are finally harvested and distributed to local artists on December 18; the artists compete to create radish art worthy of being selected for inclusion in La Noche de los Rabanos.

Spain: Eat 12 grapes. The tradition is that as the bell tolls 12 times to midnight, everyone eats a grape at each sounding. This represents 12 months of good luck. Or something. The tradition has been adopted widely throughout Mexico, Latin America, and the Philippines. 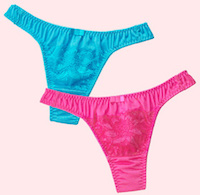 Denmark: Break plates. Danes ring in the New Year by hurling old plates and glasses against the doors of friends’ and relatives’ houses. They also stand on chairs and jump off them all together at midnight. Leaping into January is supposed to banish bad spirits and bring good luck.