[Note added 2018-10-26] Re: butter sculpture. Turns out that Tibetan Buddhist monks create elaborate sculptures in yak butter. Unlike the Minnesota State Fair sculptor Linda Christiansen, the monks add mineral pigments to achieve a wide range of colors. The yak butter sculptures are perforce every bit as ephemeral as the ones created hereabouts. That’s rather the point.

We went back to the Minnesota State Fair on Labor day, the last day of its 2015 run. Here are a few highlighs. 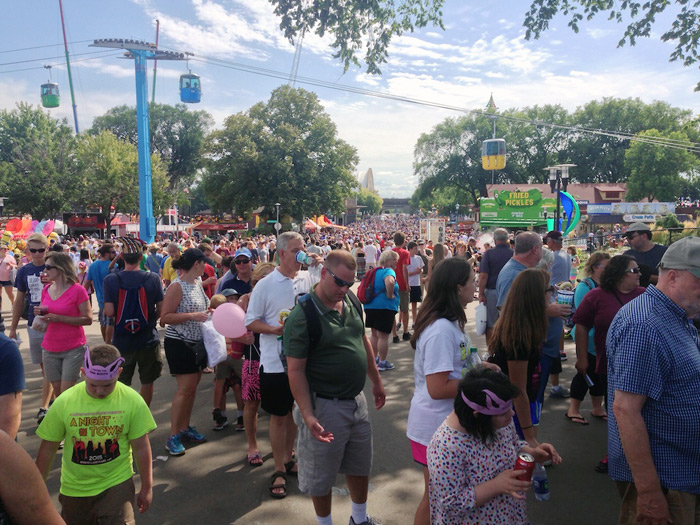 The crowds had not thinned out any on the final day of the fair, around 2:00 pm. In point of fact, Monday set an all-time record for Labor Day attendance: 179,865 other people wandered the fairgrounds with us that day. 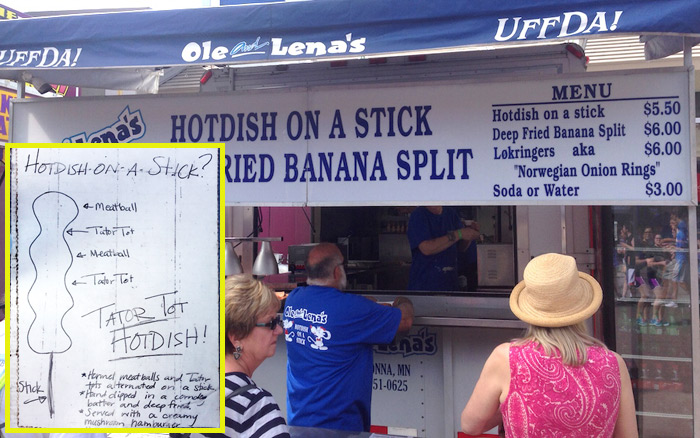 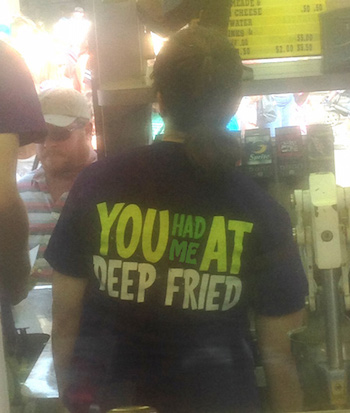 For lunch we shared the entire deep-fried menu of Ole & Lena’s Hotdish on a Stick truck. The crude drawing, affixed to the counter, explains how the proprietors accomplish their namesake dish. The banana split wasn’t deep-fried whole: only the banana was. Pity. The onion rings were among the best I have had, and they came with a scrumpitous lingonberry sauce.

The photo at right caught the back of the tee shirt of a worker at an adjacent deep-fried emporium.

In all there were said to be 62 X-on-a-stick foodstuffs for sale at the Fair, among 300 different food booths. These included key lime pie on a stick, stuffed Italian meatloaf on a stick, tikka on a stick, and — my favorite, as pictured below — Summit on a stick. 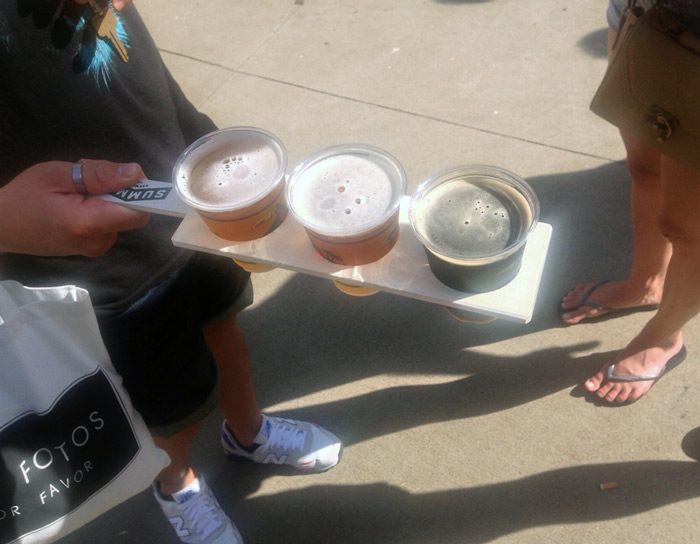 Summit is a local craft brewery. This may be a stick too far. It would be impossible to drink this Summit on a stick, unless three friendly people put their heads together while a fourth carefully tipped the contraption for them. And you can’t put it down except on a sufficiently empty flat surface, which were not in noticeable oversupply at the Fair. 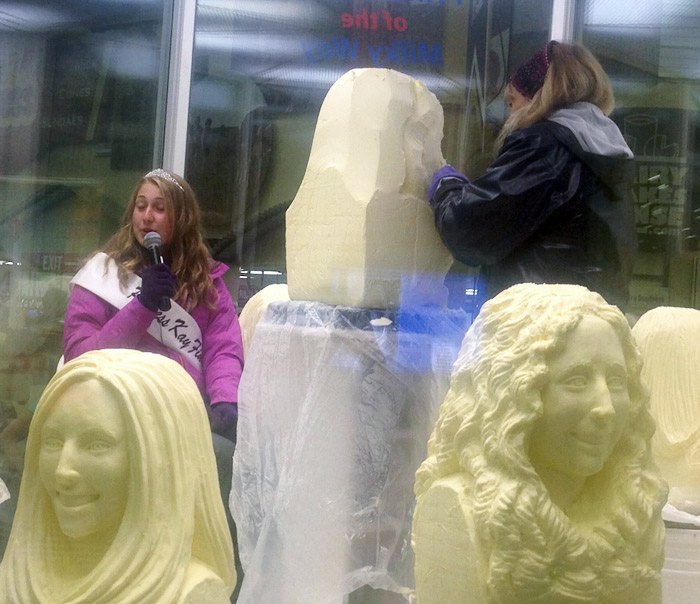 This year’s Princess Kay of the Milky Way is Kyla Mauk from Howard Lake, in Wright County, Minnesota. She was sculpted in butter on the opening day of the Fair. The photo shows another of the finalists for the title, Morgan Uphoff, answering audience questions about bovine care, feeding, and raising while being sculpted from a 90-lb. block of Grade A butter inside a rotating chamber maintained at 40°F.

The sculptor, Linda Christiansen, has been creating these likenesses since 1971. Around the periphery of the rotating chamber are the images of other finalists for the Princess Kay title, sculpted one per day by Ms. Christiansen over the 12 days of the Fair.

Butter sculpture happens at other state fairs in the Midwest (as evidenced in this poem, by Andrea Cohen, from the Iowa fair), but only at the Minnesota event is it performed using a live model before an audience of fair-goers. 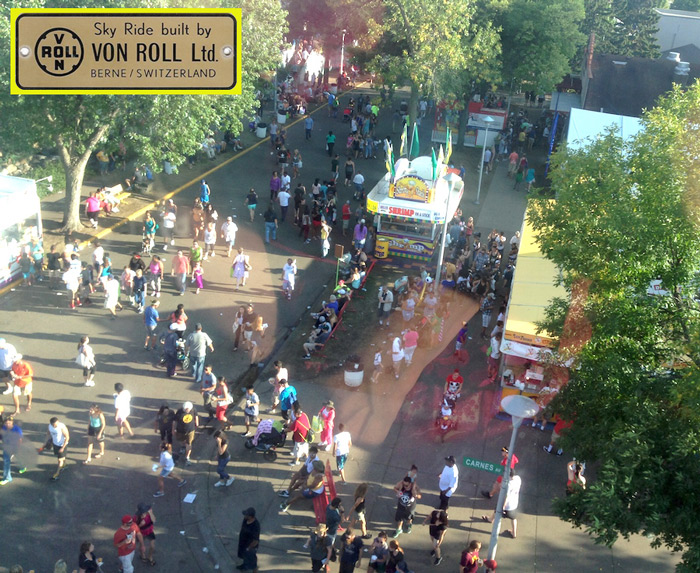 The Sky Ride operating at the Fair is 51 years old. It is one of 35 constructed on US soil by Von Roll of Berne, Switzerland, mostly in the 1950s and 1960s, and one of 10 still in operation here. This photo was taken mid-ride. See the first photo, above, for a look at the exterior of the mechanism and the cars.