When the telephone meets the Internet, local loses out.

We moved to Minnesota and didn’t immediately install a land-line telephone, with copper to the premises and powered from the central office (i.e., not on the electric grid). We could have ordered phone service along with the Comcast Internet, but we didn’t do that either. We thought we’d try being all Gen-Y (or is it -Z or -Millennial?) and just use our cell phones.

That plan ran up against two unanticipated realities: [1] no cell tower is closer than 2.8 miles from here, and [2] we live in a house whose exterior is finished in stucco.

Stucco
How do you think they did stucco in 1922? Same way they do it today, with minor variations for the introduction of power tools. They nailed up metal lath — like finer, heavier chicken wire — over every exterior surface, then spread the ductile stucco onto that.

Metal lath makes a quite effective Faraday cage. It does not like to let electromagnetic signals in or out. (So my in-house Wi-Fi signal is attenuated on the outside as effectively as the external cellular signal is weakened on the inside.)

Inside the house I usually see 1 bar out of 5 on my Verizon iPhone; on rare occasions it goes briefly to 2 bars. Calls drop regularly unless I wander out onto the cement steps and sit down there to talk. Two bars while sitting outside. This workaround will not be pleasant come January.

A map of cell towers in the area indicates that neither AT&T, T-Mobile, nor Sprint has any tower closer than Verizon’s. So there’s no help to be had in changing carriers. And there’s still that Faraday cage we live in.

[Note added 2019-06-28] I soon hit on the obvious solution, and felt somewhat foolish for not thinking of it sooner. Inside the house the phone connects by Wi-Fi, whose signal is strong throughout; there’s no need to rely on LTE from a distant cell tower penetrating a stucco Faraday cage. Verizon supports phone calls over Wi-Fi; so, done and dusted.

Ooma
So I researched IP phones. These are packages of hardware-plus-services from companies with names like Ooma, Vonage, MagicJack, and NetTalk. I bought an Ooma Telo box, plugged one cable into my Comcast router and another into a common-and-garden Panasonic wireless telephone, and voila. We can make and receive calls that don’t drop, using the Internet instead of copper wires to carry the bits.

An unexpectedly gnarly part of the Ooma setup and signup process was choosing a phone number.

I haven’t had to do this since the time 13 years ago when I moved to a new town in Massachusetts. Then, the available choices were quite constrained: the area code was a given, the new town had only two exchanges to pick from, and the choice of the available numbers within a given exchange was limited by the patience of the human operator who was helping me set up service.

Doing the numbers
Now consider the process with Ooma (or any IP phone): The first thing we had to choose was the area code. Ooma has phone numbers reserved all over the country, and we could claim any one of them. Did we want to be mysterious and have our calls appear to originate from Fargo, ND? Or Chugwater, WY? Or Humptulips, WA?

No, we live in St. Paul. We wanted our phone number on the now-ubiquitous Caller ID to reflect that fact. St. Paul is 651, as Katharyn well knows — personally, I’m just now internalizing such fine details of this locality. 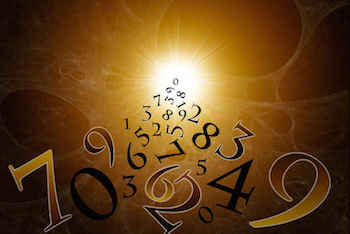 So, 651. What exchange? Do people still use the exchange of an incoming call to discern what town the person is calling from? If so, services like Ooma are making that practice ever more dubious.

Within 651, the exchanges Ooma had available for us to choose from were: “Hastings, Lake City, Minneapolis, North Branch, Red Wing, St. Croix Beach, Stillwater, Twin Cities, Wabasha.” Note: no “St. Paul.” Apparently all the phone numbers in all the exchanges that are strictly associated with this city have already been claimed.

Oh, that was a bitter pill to swallow. But we finally accepted that our apparent calling location was going to be something other than St. Paul.

Now were any “interesting” numbers on offer in those available exchanges?

What a long project that was. Katharyn’s Law was invoked: nothing that involves a computer ever takes “just a few minutes.” We slogged through possible phone numbers for probably 45 minutes.

There was nothing interesting in 651.

Along the way I noticed in the 952 area code (952 means southwest Minneapolis and suburbs) an exchange whose digits formed an arresting pattern. Within that (to my eye) desirable exchange were a few 4-digit numbers that embodied their own intrinsic interest. I lobbied hard for one of those.

Since we could not find a single interesting 651 number (and we went back and looked for a further 20 minutes), and anyway no available 651 number would identify us as residing in St. Paul, we went with the magical Minneapolis suburban number.

So much for living local.