If Groton was pasta and wine, St. Paul may turn out to be burgers and beer.

And ice cream. And pizza. The local zeitgeist, and the dominant styles of food being served, will exert their influence on what we eat when we go out. (Of course, being located in the triangle formed by three colleges might have something to do with the predominant culinary choices.) 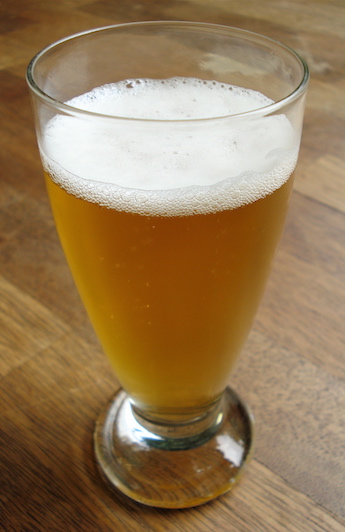 We have consumed more burgers in the last month, probably, than in the previous 5 years all together in Groton. Our ongoing Juicy Lucy research was part of that, but only part. In addition to those molten-cheese-filled goodies, we have happily inhaled ordinary and gourmet burgers at The Nook, the Groveland Tap, Sweet Peas, and several Red Robins.

But the biggest change may be beer. Craft beer. The Twin Cities are home to the established, multi-state craft breweries Surly, Summit, Indeed, and Fulton. And new startup craft breweries continue to open at a rapid pace, leading one local business reporter to speculate whether the region is approaching peak craft beer. His conclusion: not yet, because MSP is still underserved in craft breweries relative to neighboring states. As recently as 2011, Minnesota breweries were not permitted to sell pints at the point of manufacture; the Surly Bill changed that and set off the local craft explosion.

Some of the new breweries plan to emphasize hyper-local production: “farm-to-bottle” in the evocative phrase being advanced by the startup Lakes & Legends. The upcoming Community Keg House plans to source everything they can from within walking or biking distance from their “super-taproom.”

To this point in my life I haven’t been into beer at all. And so far my explorations here haven’t ranged far afield from the most accessible of the local brews: IPAs and pilsners. A current favorite is Summit EPA, which my reading leads me to believe many consider the tilapia of craft beers.

But I will branch out. I expect that three brothers-in-law, who live locally, will be eager to help in the endeavor. All of the taprooms and many bars offer beer tasting flights. Stay tuned for dispatches from an awakening craft beer fan.