Here are a few photos captured on a walk around Mac-Groveland this noon: three sidewalk poems, several stop-sign posts that are more beautiful than they need to be, and a re­minder of where stormwater ends up. 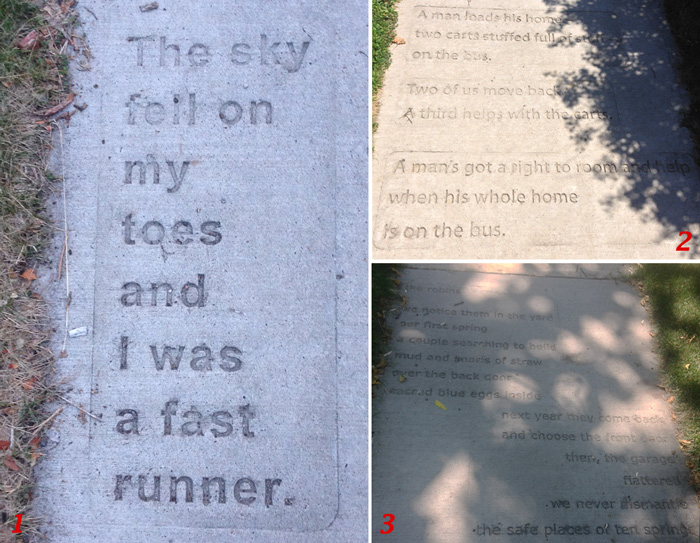 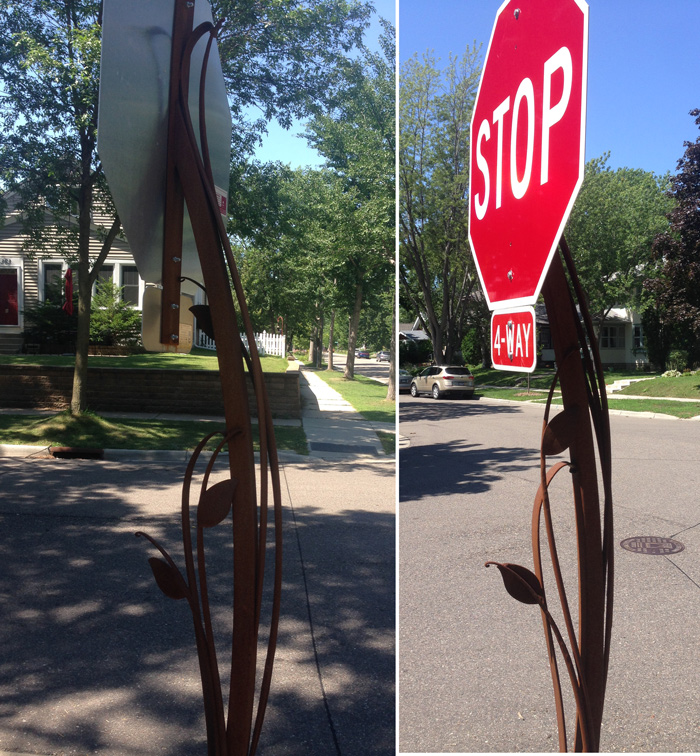 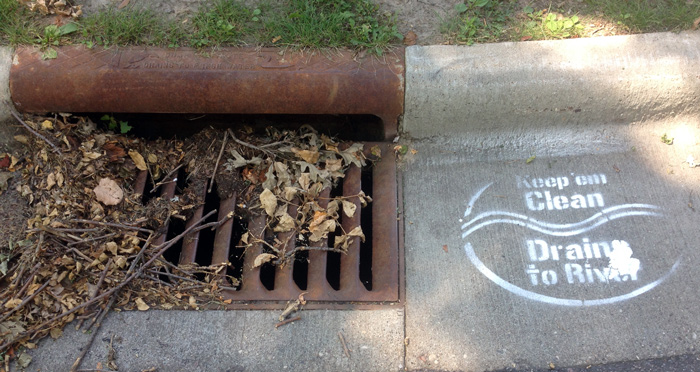 This is a beautiful neighborhood to walk in, especially in the high summer when every­one’s gardens are showing to best advantage. The public art and public-spirited stencils add another measure of delight.

For the poems and the stop-sign posts, it turns out, we can thank an organization called Public Art St. Paul, which dates back to 1987. Its City Artist arm, now celebrating its 10th anniversary, conceived the sidewalk poetry project in 2007 (the poems were written by St. Paul residents and selected in contests) and the stop-sign beautification in 2013. (Thanks to Linda for the factual corrections.) PASP gets funding from the City and from a who’s-who of charitable foundations, among others.

The storm drain stenciling is organized by the Friends of the Mississippi River. It makes much more visible a notice that is embossed into the iron of the drains themselves, but that mostly goes unnoticed — I was oblivious to this message in the metal until I blew up the photo above. Here is the close-up:

Bonus: Here is the text of those three sidewalk poems, which are a little hard to read in my iPhone photos. 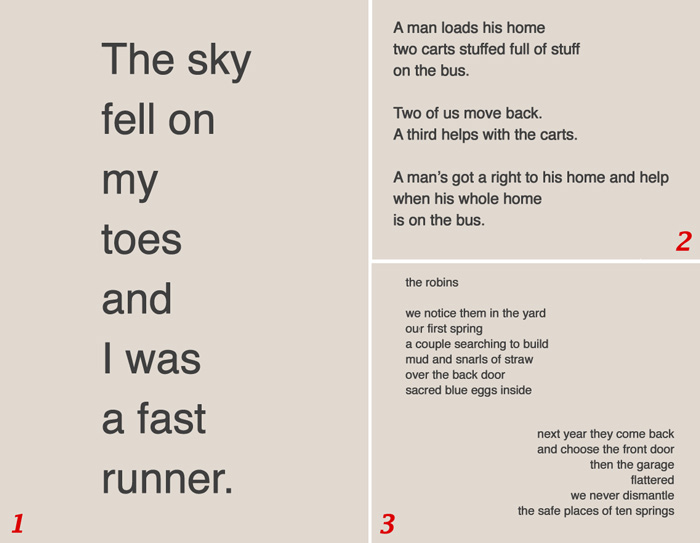