The residential areas of the Twin Cities, the parts built up in the 20th century, feature a distinctive and characteristic pattern of shared alleyways. I’m coming to understand the critical role this pattern plays in the harmoniousness of these human-scaled neighborhoods.

The photo, a Google Earth capture of a block near ours, illustrates the pattern. The houses all have addresses along the long blocks. Each property reaches halfway across the short block to a shared alley. All the garages are accessed from this alley; no house has a driveway or a garage visible from the street side. 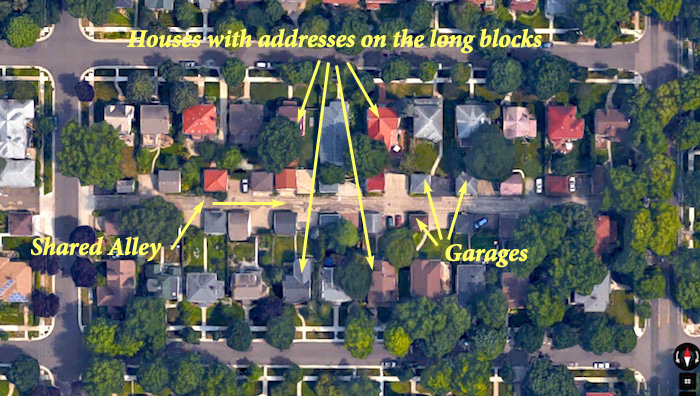 The visual effect of this is remarkably pleasing. The streets are human-scaled. Sidewalks on both sides encourage walking (and the canine population density is high); the automobile almost seems an afterthought. The houses on most of the blocks are similar in scale, though not in architectural style. Lots are all similarly sized, around a quarter acre (8,000 to 12,000 sq. ft.). Some blocks are planted in mature trees whose canopies meet in the middle; our block is one of those. 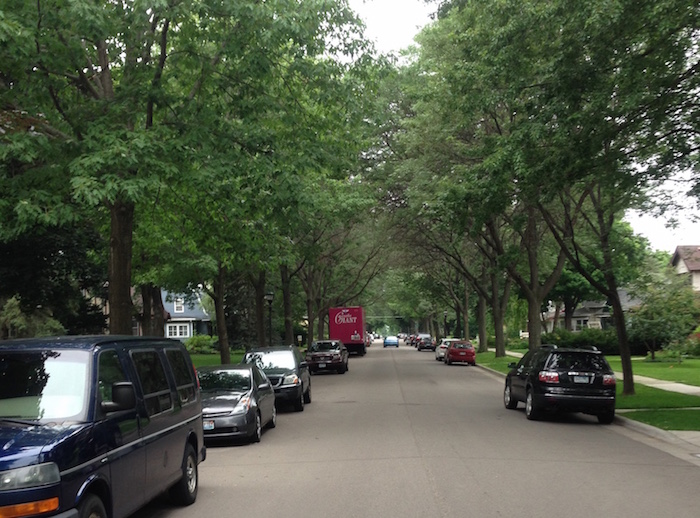 Another aesthetic advantage conveyed by the alleys: power and phone and cable lines run there. The street is untroubed by unsightly utility poles and wires, adding to the impression of a bygone time.

It’s the kind of neighborhood where you get to know everyone, where the block gets together for a party once or twice a year, where people drop in for cocktails. Just what we were looking for, actually.